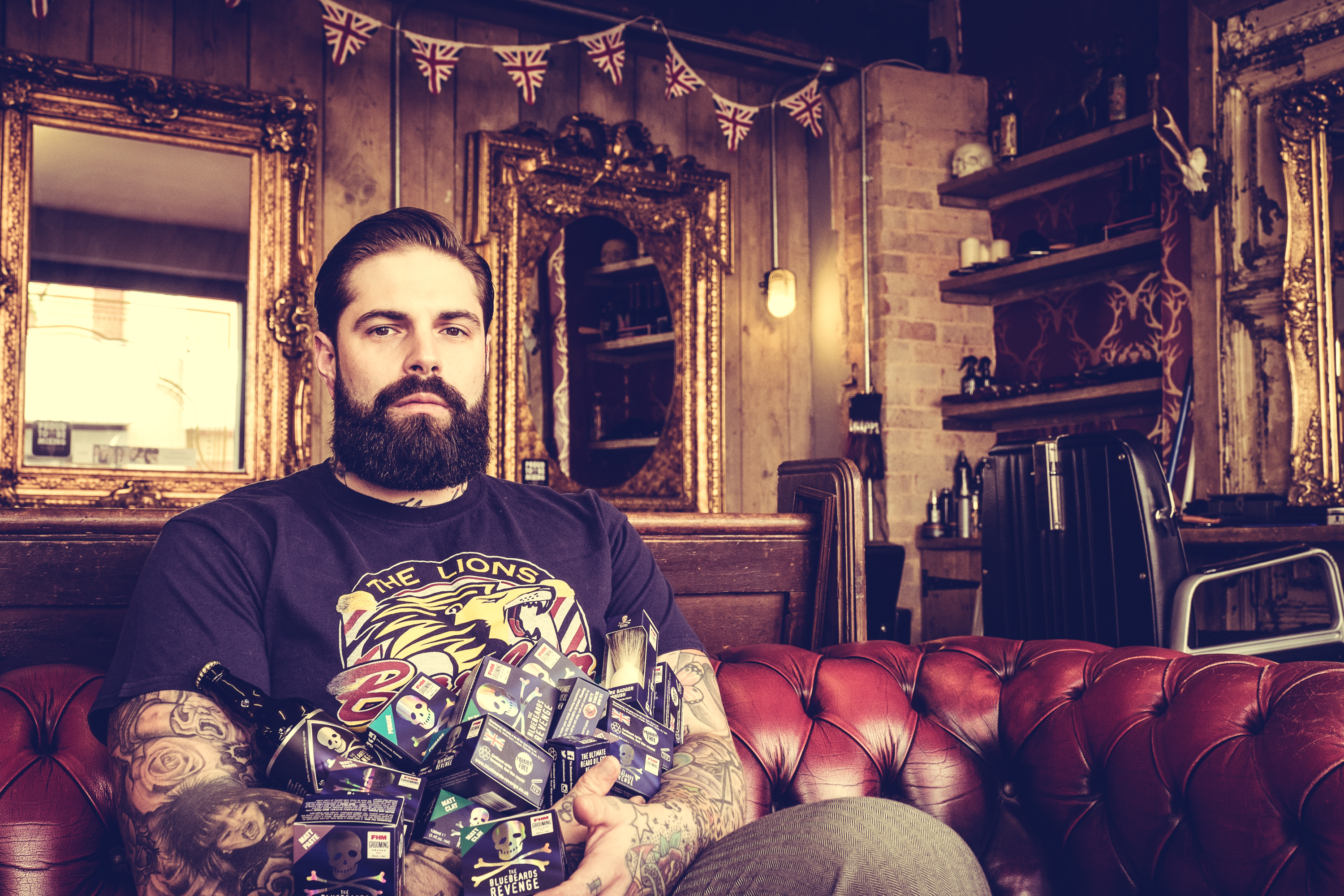 An inspirational barber who set up his own men’s mental health awareness and suicide prevention movement has been awarded a ‘Point of Light’ Award by Prime Minister Theresa May.

Tom Chapman’s Lions Barber Collective is turning barbershops into safe spaces for men using the opportunity of a regular haircut to start conversations about mental health. The group is having an enormous impact with men who traditional mental health services can struggle to reach.

Tom organises a professionally run training programme, which is teaching barbers to ‘recognise, talk, listen and advise’ clients and works with the suicide prevention charity PAPYRUS – signposting the services they offer to clients in need.

In recognition of the impact the group is making, Tom was chosen for a ‘Points of Light’ Award, which recognises outstanding individual volunteers, who are making a change in their community.

In a personal letter written to Tom, Prime Minister May wrote: “The Lions Barber Collective is a brilliantly innovative initiative creating safe, non-judgemental spaces for men to open up about their mental health. By equipping barbers with the skills to have these conversations you are supporting them to use the trusted relationships they have with many of their clients to make a real difference.”

Tom was delighted that his hard work had been officially recognised and hoped the publicity surrounding the award would help to drive greater awareness of mental health and suicide prevention in men.

He said: “I am truly taken back by this honour; never did I expect The Lions Barber Collective to be as successful as it has become, nor get this level of recognition. A personal endorsement from the Prime Minister will no doubt help us to move forward, complete more work and raise more awareness than ever before. I cannot thank you enough for this award; I am moved, shocked and honoured. My late Grandad would have been especially proud.”

Recent research suggests that barbers are in a very unique position to help men in their battle with depression. A survey commissioned by the Lions Barber Collective and The Bluebeards Revenge male grooming brand revealed that more than half of the men in Britain now feel more comfortable discussing sensitive mental health issues such as depression with their barbers/hairdressers than their doctors.

David Hildrew, Managing Director of The Bluebeards Revenge and an ex-Royal Marine Commando, added: “It’s very encouraging to see that barbers all over Britain are presenting a suitable pillar for men to lean on. As an ex-serviceman, I take male depression very seriously. It’s an illness that many military men suffer with in silence. The Lions Barber Collective charity is the perfect way to break down the barriers that men tend to build themselves and together we hope to help educate barbers around the world and encourage men to man up and talk about their problems.”