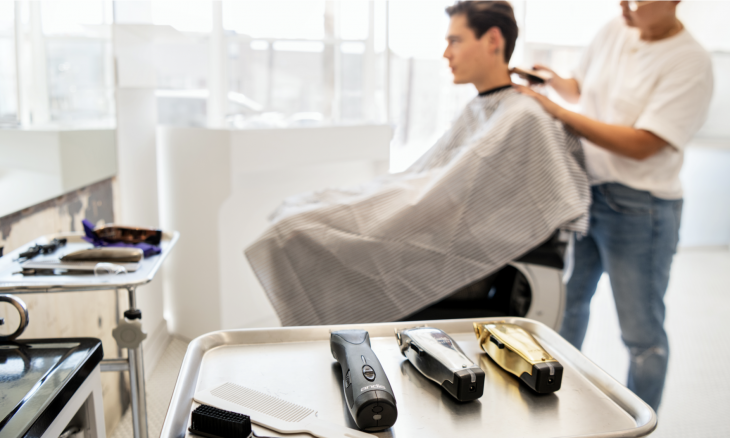 Andis® Company, a leader in professional tools and education for the barber and beauty industry, is excited to announce today Daniel Montalvo and Dharmesh “Dodo” Hingorani as the latest additions to its Global Education Team; which now consists of 45 educators across four continents. Both barbershop owners, Daniel and Dodo have strong interests in passing on their hard-earned knowledge to the next generation of creators in their home countries and on the world’s stage.

“I’m thrilled to add more international barbering talent to our roster of global educators,” said Angie Perino, Andis® Global Education Manager. “Both Dodo and Daniel are incredibly talented. They’re strong advocates for barbering education locally, but, most importantly, they are committed to bettering the next generation of barbers and stylists, no matter where they’re from or what stage in their career.”

Daniel Montalvo (@nicksbarbertattoo) — Hailing from San Luis Potosi, Mexico, Daniel Montalvo has more than 15 years of barbering experience, owns three barbershops, a trendy micropigmentation and tattoo studio, eyelash studio and an academy for training in his hometown. He has won multiple awards including back-to-back wins at Barber Match México.

Daniel believes in paying it forward to help others. His team of barbers have collaborated with rehab shelters to offer free haircuts to those in need. He also works with barbers throughout Mexico to put on free barbering events to bring continuing education and hands-on training to those who might not be able to afford to travel to major cities.

Having used Andis tools since the beginning of his career, Daniel is excited to be a part of the Andis Global Education Team where he can continue to pass along his knowledge to the brand’s global following, especially in Mexico and Latin America.

Dharmesh “Dodo” Hingorani (@dodothebarber) — Mumbai-based “Dodo” Hingorani’s professional career began in 2005. Having an interest in hair from an early age, a haircut on a trip to Canada from an Art Director at Toni & Guy cemented Hingorani’s desire to pursue barbering.

Education is everything to Hingorani. Recently, he began to organize free barbering workshops to empower others in the industry.