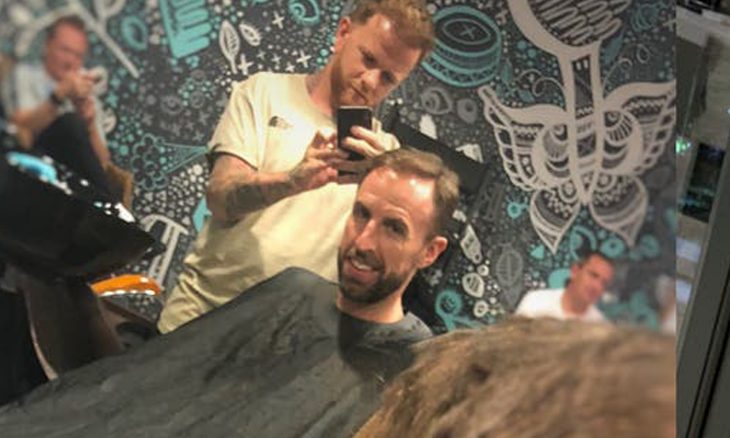 Former England Football Team barber is offering free haircuts to customers ahead of the Euro 2020 Final. The barber, Simon Townley, used to cut Gareth Southgate’s hair before the 2018 World Cup Semi-Final in Russia.

Townley runs the aptly named Simon Townley Salon in Burnley Lancashire and found the inspiration for the promotion following England’s 2-1 victory against Denmark, and the subsequent drinks that followed – making the offer official by posting it on his Facebook page.

He then woke up to a plethora of messages from people holding him to his very generous offer, and with Final between England and Italy round the corner, it was time to make good on his word.

So far, the biggest trend in these free cuts is to get ‘the Phil Foden’, who’s signature is a bleach blonde buzzcut.

“I’ve done it to a couple of footballers in the past – we’ve done it at the end of the season – and the start of the next season they go into training and I’ve had to dye it back dark, because it takes some cojones” Townley told PA News Agency.

He then continues “(Foden’s) first major tournament, to walk in with that haircut, what a guy. Very cool.”

Townley then reflects on his time spent working with the England Football Team and where it all started “The first time I ever went anywhere with the England squad was in the Euros in 2016 in France, I was doing (goalkeeper) Tom Heaton’s hair at the time – basically he dropped me a message saying do you fancy coming to France? A few of the lads want a haircut.”