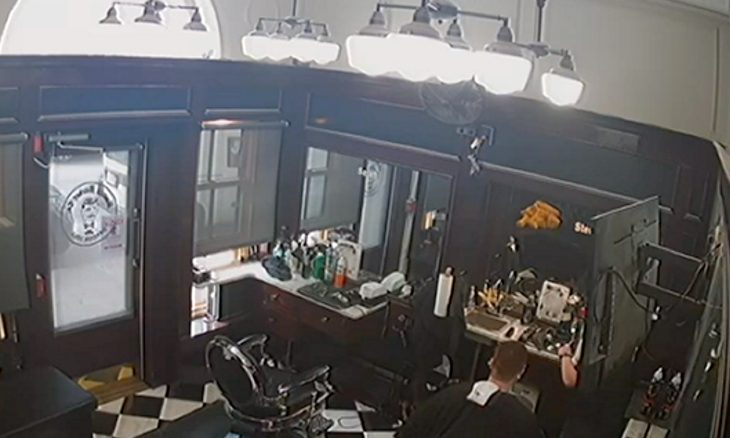 If ever there was a health and safety warning to take heed of, it’s this! A Boston area barber is lucky to be alive after he fell onto the scissors he was holding at work.

The freak accident happened on February 12. Surveillance footage provided by Boston Barber Co. shows Steve Silva slip and fall onto the scissors he was holding and accidentally stab himself in the chest. The image shown here is Steve, seconds before his fall.

According to Boston Barber Co. owner Rob Dello Russo, Silva required open heart surgery and is currently in the ICU, but he is expected to make a full recovery.

“The entire Boston Barber Co. is grateful for the fast actions of emergency responders,” Russo wrote in an email to Boston 25 News. “Steve’s doctors have told him he was extremely lucky he was able to get to hospital as fast as he did, or it could have had a different outcome.”

Russo added that Silva had just returned to work after being laid-off for portions of the last year due to the pandemic.

A GoFundMe fundraiser has been set up for Silva to cover medical expenses and his time off of work. So far, more than $17,000 has been raised.