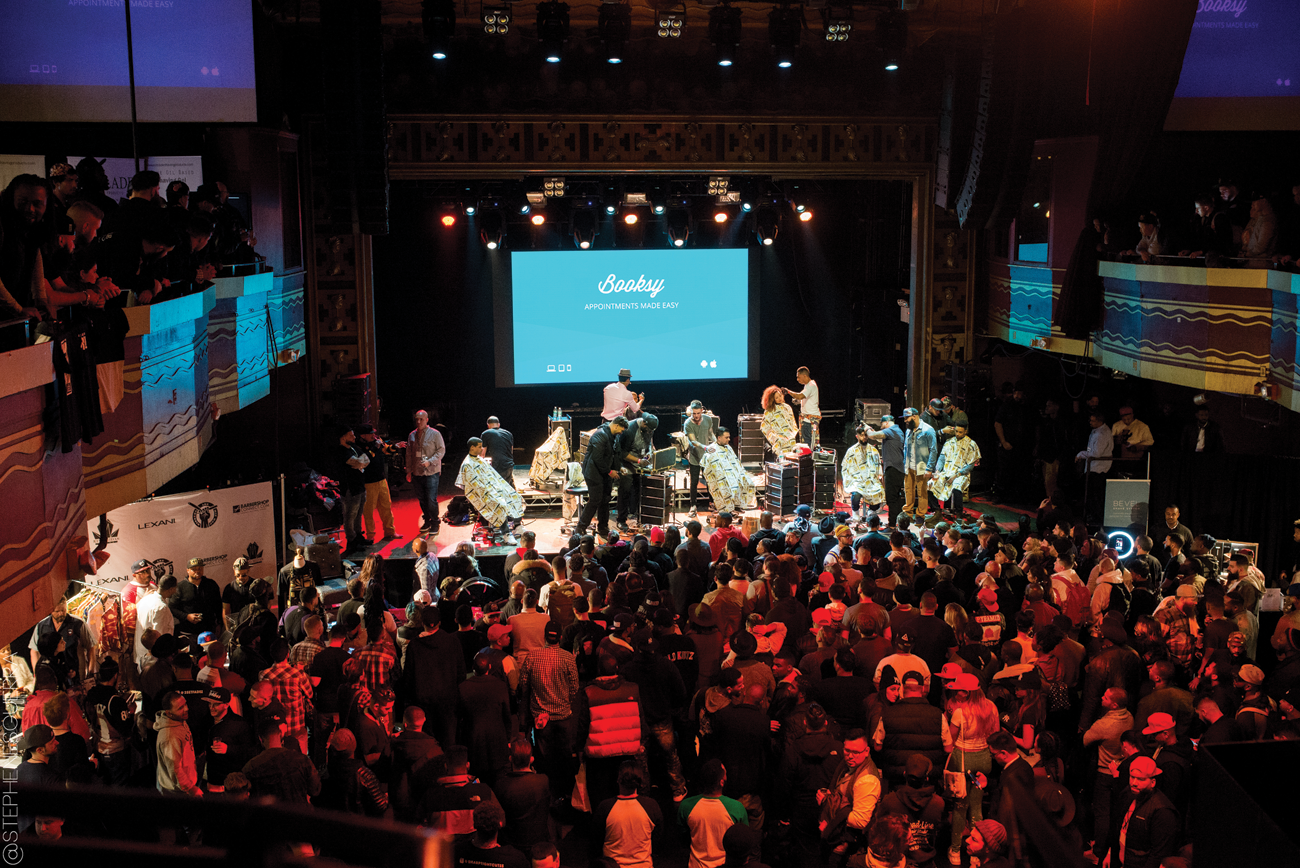 “I never wanted to get into the events business.” An unexpected opening from the founder of what has quickly become one of the biggest events on the barbering calendar. On March 12th, three thousand barbers from across the globe will descend on the Big Apple for the second installment of BarberCon.

Lee Resnick has forged an impressive career using an innate ability to identify and nurture captive audiences. He is able to communicate ideas and make connections. After first utilising his skills in the music industry, Lee has since been at the helm of marketing campaigns for the biggest brands in male grooming. Gillette, P&G, Layrite and Head & Shoulders are just a selection of the multinationals that have benefited from his service.

Lee launched an online platform in 2013 after spotting a potential gap in the market. He gives a very measured and precise description. “It’s a platform for barbers and hairstylists to promote their art form and the evolving aspects of barbering and beautification culture.” Far more than just sharing haircuts, it is a celebration of the industry. That platform is barbershopconnect.com.

Whatever it was Lee spotted, he was correct. BarbershopConnect has become the first networking site to truly represent the barbering community. The Instagram following alone is rapidly approaching one million.

You have to remember that this was launched before the so-called “barbering boom”. BarberCon, if anything, was spawned from necessity. Lee’s next statement is certainly one that resonates. “Three years ago before the craft of barbering was trending, major hair shows in the US had little respect for barbers or barbering brands,” he explains.

Barbering events were being marginalised, with more money to be made from the salon-based brands. He continues, “When you would attend a hair show the barbering section was stuffed in the back by the exit doors and looked like a flea market.”

Lee’s opportunity to buck the trend came when the brand he was marketing at the time, Gibs Grooming, approached him about putting together an event. Held on the evening of the International Beauty Show New York, his free to attend barbershopconnect.com showcase was full to capacity.

“The next year we knew we had to go bigger,” he proudly boasts. To offset the cost of the larger venue Gibs Grooming owner, Brian Long, suggested bringing other brands onboard. Now BarbershopConnect marketing executive Erik Figueroa suggested a name in the vein of other conventions and they had the blueprint for BarberCon.

Fifteen hundred barbers from around the world descended on Manhattan’s Webster Hall for BarberCon 2016. Lee is clearly, and rightly proud of what he has created. “It’s all of your favorite barbers you follow on social media under one roof sharing tips, ideas and building relationships,” he says. “We present barber awards, have product tutorials, vending booths, education and the best barbering networking event.”

He clearly thinks on a global scale and it becomes quickly apparent that the international element is integral to the show. “It was very important for me to have barbers showcase from all over the world, so people can learn and stop thinking so small. I needed people to understand barbering is global.”

The theme continues into 2017. Fifty top international barbers will be taking to the two stages at New York’s Terminal 5 on March 12th. The list of barbers showcasing very much reads like a “who’s who” of world barbering.

As you can imagine, Lee has thousands of barbers each year requesting to showcase their work. He states diversity as a key factor when selecting those to appear on stage. When people come to the show they can expect to see a range of styles and techniques, not the same thing over and over again.

Three names in particular standout as you look down the list. Kevin Luchmun, Luke Dolan & Alan Beak. It’s great to see British barbering being regarded and represented on a world stage.

“The UK barbering scene has taken a lot of influences from the US it’s great to show them what the UK has to offer,” says Alan. “Once again, we’re incredibly excited to be working alongside some of the biggest and best names from across the world. Keep an eye on social media!”

“Alan Beak was actually the first barber from the UK I ever spoke to on the phone. I loved the diversity of his haircuts and felt people here in the states could appreciate it,” says Lee. Kevin was selected not only due to his ability to work with all hair types but also his professionalism. Lee adds, “His work with high-end models and hairstyles is defining!”

Speaking to Lee has been both interesting and an absolute pleasure. If anything, I’m now just jealous of anybody making the trip across the Atlantic in March!”