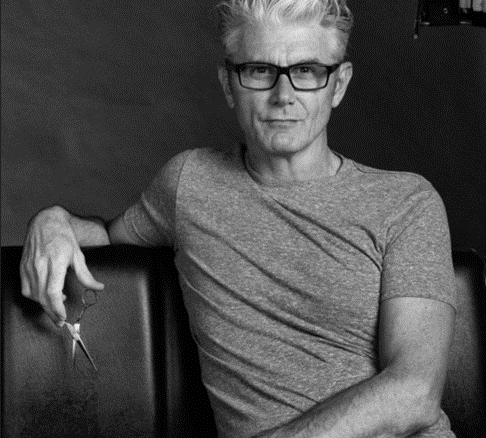 With people being the greatest strength and resource, John Paul Mitchell Systems® (JPMS) is pleased to announce the appointment of globally renowned professional educator Stephen Moody as Artistic Director.

“With our company’s commitment to education, I am thrilled to welcome Stephen to John Paul Mitchell Systems. As one of the world’s most accomplished educators, Stephen will help our salon partners to further elevate their craft and success as salon professionals,” says Angus Mitchell, JPMS Co-owner and Artistic Director of Education.

As the exclusive distributor of Paul Mitchell in the UK, Salon Success share their excitement on the news:

“Education has always been at the heart of Sally Salon Services supporting our hairdressing community. As  the sole distributor for Paul Mitchell in the UK,  Stephen Moody joining Paul Mitchell as Artistic Director is such exciting news for us all. Stephen’s illustrious career has been focused on educating hairdressers globally and we look forward to working closely with him in the future.” Jeremy Inns, Senior Director, Full Service Sales – Sally Europe

A 30-plus-year veteran of the Sassoon organization, Stephen has developed and managed the Sassoon Academies throughout the world. His role included leading the Vidal Sassoon artistic team, supporting product development, hosting virtual and live education, training educators, and developing seasonal trends for photo and video shoots.

For the past nine years, Stephen has served as Global Education Dean for a leading professional brand. He has developed revolutionary education to arm salon professionals with the intellectual and creative tools to increase their earning potential. During the pandemic, Stephen pivoted to the digital and virtual space, and hosted 200+ hands-on seminars throughout the world.

Stephen holds many titles and awards, including 2021 NAHA Haircutter of the Year. He was also a finalist for NAHA 2021 Educator of the Year, and he will soon receive the coveted Intercoiffure Mondial Knight Award in Paris.

A haircutter and career educator, Stephen says, “I am thrilled to join JPMS, a company whose heritage and commitment is fully aligned with mine—dedicated to helping hairdressers excel in their craft and enjoy a highly successful career.” According to Jason Yates, President of JPMS, “Bringing Stephen on board, with his globally recognized name, reputation and strength in educating, reinforces our commitment of support to the professional salon community. As a fellow hairdresser and educator, I have known Stephen to always be relatable, approachable, and full of fresh ideas. He is a perfect cultural fit for JPMS, and we could not be happier to have him in a leadership role with our artistic team.”