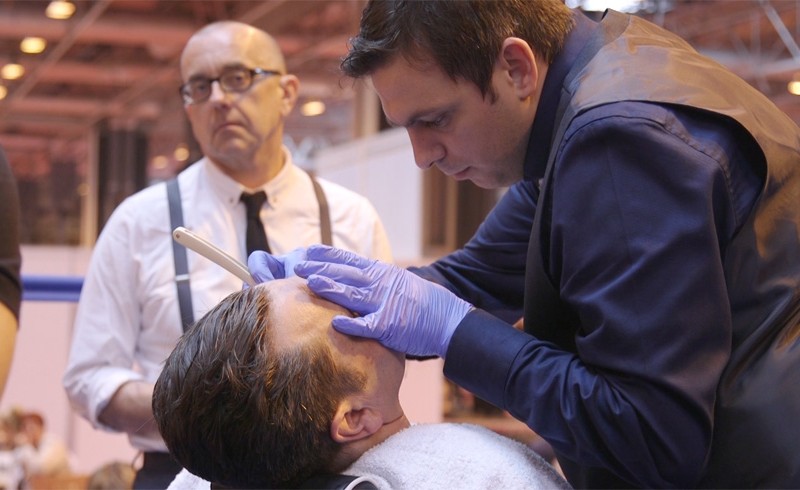 Eleven talented barbers are celebrating this morning after being named as regional winners of Britain’s Best Shave 2017.

The top seven scoring regional winners along with Sadik Khalifa (last year’s champion) will now come face to face in a nail-biting shave-off at the national final inside the iconic boxing ring at this year’s Barber UK.

Finalists will battle it out to impress judges on a range of criteria – including preparation, razor technique and post-shave routine, making a final bid for the crown – and the prestigious overall title of Britain’s Best Wet Shaving Barber for 2017.

The final of the competition, organised by the esteemed British Barbers’ Association and premium men’s grooming brand The Bluebeards Revenge, will take place at the popular Barber UK trade show at the Birmingham NEC on Sunday May 21st. Scores of spectators are expected to turn out for the final, which is widely considered to be the world’s leading barber competition.

This year’s Britain’s Best Shave winner will walk away with £500 worth of The Bluebeards Revenge grooming products and merchandise, and a chance to work with the brand – as well as the much-coveted title of Britain’s Best Wet Shaving Barber. They will also take part in a special interview with Barber Evo magazine.

The Bluebeards Revenge and the British Barbers’ Association would like to thank the expert judges Mike Taylor and Gareth Clark, as well as Salon Services and Envy Barbers for hosting the regional heats.

The draw for the national final will take place over the coming days.

The regional winners of Britain’s Best Shave 2017 are:

The seven highest scoring regional winners are the following (in no particular order). They will be invited to attend the national final along with last year’s winner Sadik Khalifa.