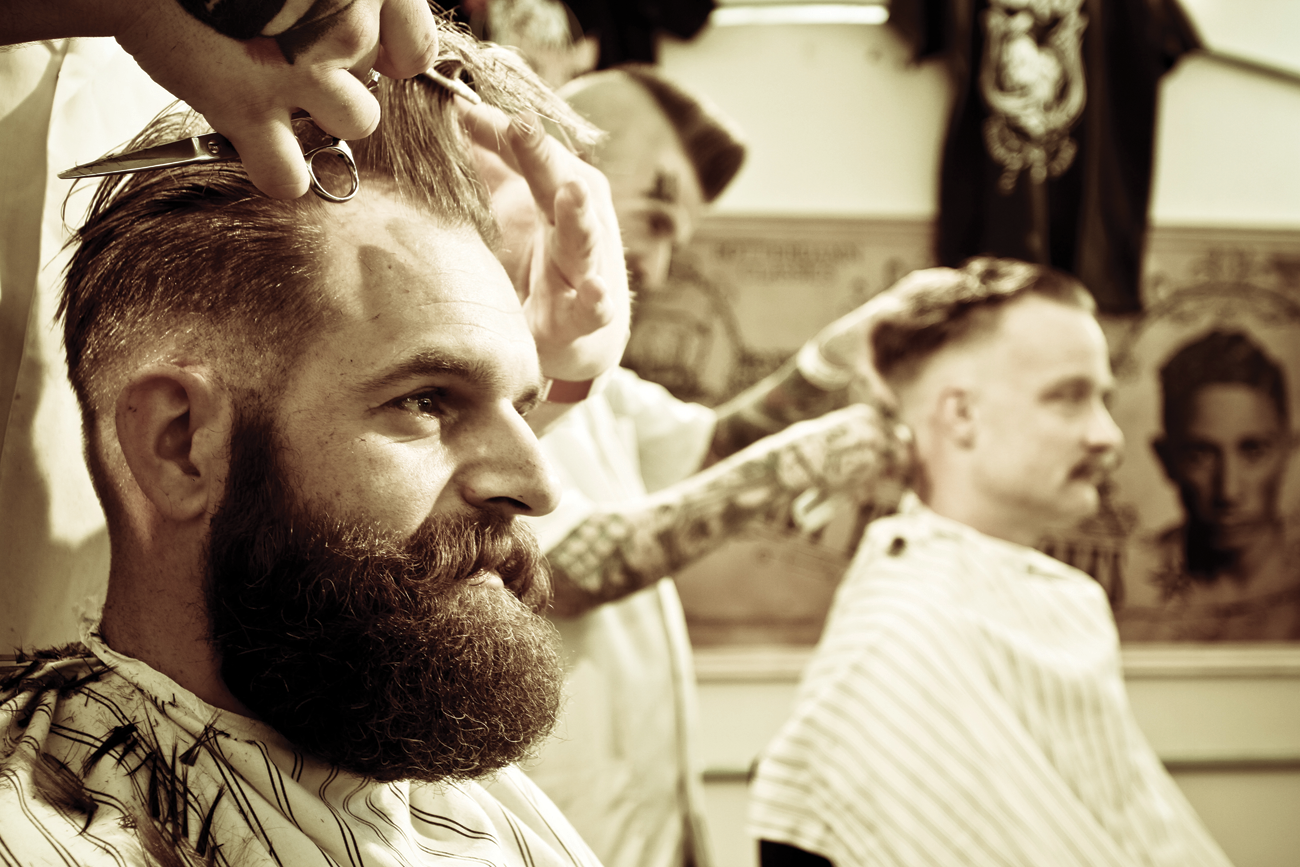 Hold onto your hats you filthy animals and prepare for a day of goddamn rock ‘n’ roll. Rotterdam’s finest purveyors of classic contours, quiffs and pompadours, Schorem Haarsnijder en Barbier, are back with the fourth instalment of their beloved Scumbash.

Three years ago, the Bloody Butcher and his rabble of miscreants decided to take the bands on the shop’s jukebox and put them all on one stage. Music fiends from across the continent flocked to the event as fast as their Dr. Martens could carry them. On March 4th, expect scumbaggery on a scale never before seen as the event takes over an old submarine base in Rotterdam harbour, The RDM Loodsen.

The assembled cast is rather tasty, even if they do say so themselves.

“We’re happy as a clam at high tide to announce the first names on the bill. You heard it right: ZEKE is coming to ScumBash. We’re still pinching ourselves to make sure we’re not in bloody Neverland, but it’s for real! Naturally our resident band Batmobile will shake your inner-billy loose.

And how about a Berlin wall of rock from Kadavar, the hardcore rampage of Backfire!, blackened thrashers Legion of the Damned, or Death Alley’s hard rock from beyond? One more, and don’t mind their queeny name, mind their music, ‘cause Fleddy Melculy goes metal to the core.”

Far from limited to aural delights, revellers can enjoy barbering (of course), tattoo artists, painters, a shoe polisher or two and maybe even each other, who knows?

Oh, and you’ll be seeing us there – in body maybe not mind. BarberEvo have teamed up with the scumbags to become the event’s official UK media partner.

Early bird and “Kniptickets”, which include a haircut at Schorem booth (before 5:30pm and the barbers are presumably legless), are already sold out. Be sure to get your mitts on regular tickets before they’re gone too.

You’ll be damned be if you don’t and almost certainly damned if you do.