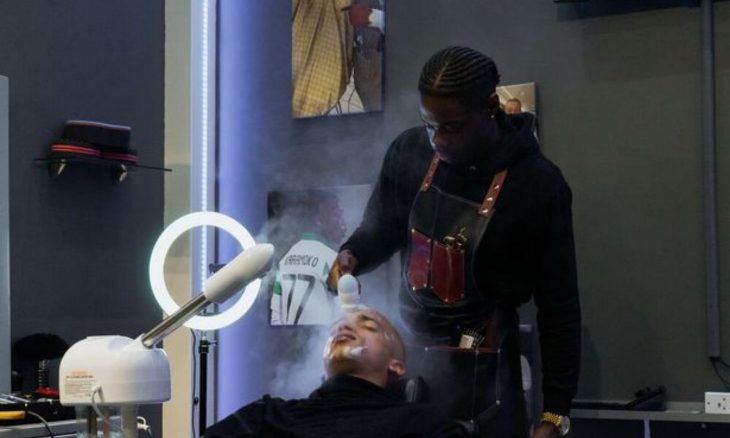 Exauce Imbo discovered a love and passion for hair from a very young age.

He watched his father in awe growing up while his friends came over to the family home to get their hair done, Imbo considered what he saw to be nothing short of an art form.

With years and years of persuaded hair cuts on his brothers he is now established himself as one of Glasgow’s (Scotland) black haircare barbers – a title which also follows with a list of celebrity clients, which include Celtic Footballer, Odsonne Edouard, Rangers Footballer, Jermain Defoe as well as reality TV stars, Wes Nelson and Chris Biggs.

Even with the risk of opening his first shop during the global pandemic, he knew that he owed it to his 14-year-old self to keeping going, for the both of them.

In his interview with BBC Radio Scotland, Exauce told Stephan Jardine how his family – specifically his brothers helped pav the way for his success.

He goes on to say “”I had plenty of disasters along the way. But you learn from it”, also jokingly says that due to both his brothers being younger, they had no choice other than to go along with it.

Having now at the age of 19 launching his own shop near Ibrox football stadium Exauce informs the morning show that he has been fully booked both over June and July, finishing with “It comes down to the craft itself. If you are giving out a good service, a good haircut, if you communicate with your client and they like it they will come back to you. If they don’t, they won’t”.