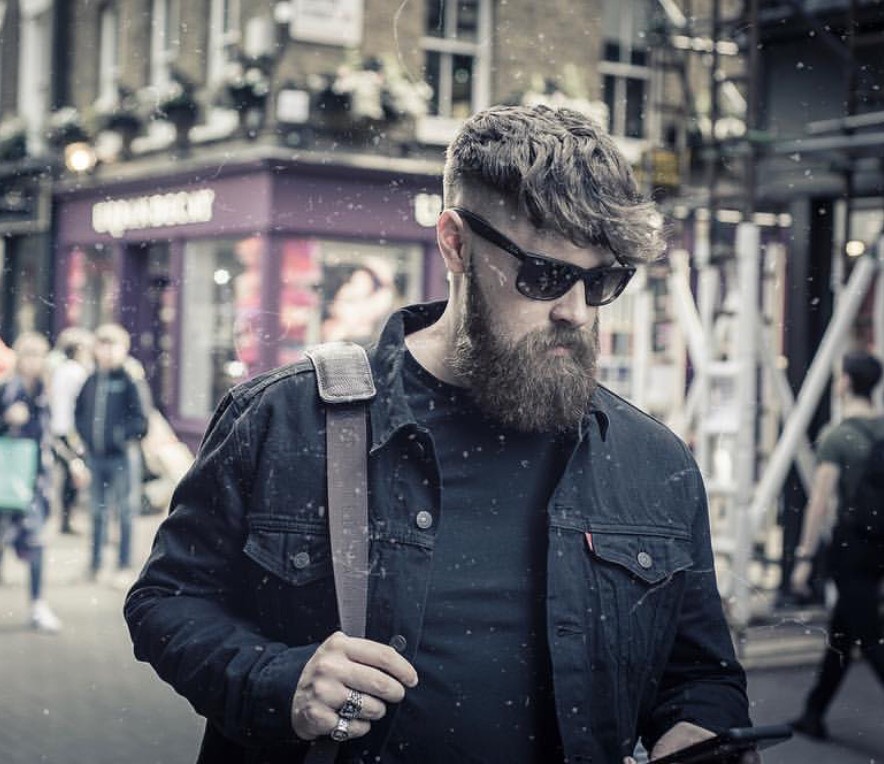 Over 10,000 people within 24hrs tuned into watch entrepreneur and founder of worldwide mens grooming brand, Apothecary 87, Sam W Martin, shave off his beard. The ‘brave the shave’ event was created to raise awareness of mental health issues and prostate cancer. In doing so Sam removed the one thing that has became synonymous with what is now one of the fastest growing cosmetic brands in the world today.

Back in late 2013 and 24-years old at the time, Sam W Martin, founded Apothecary 87, and just four years later Apothecary 87 has been sold to over 130 countries worldwide and stocks with the likes of online retail giants, ASOS.

On Thursday 30th November, over 20,000 people tuned into watch Sam shave off his beard live on Facebook and Instagram. Sam wanted to raise as much awareness for mental health and prostate cancer. The ’87’ in Apothecary 87, actually pays homage to his Grandad, who unfortunately died at the age of 87 due to prostate cancer. In recent social media videos, the forward thinking entrepreneur has also been very open about suffering from depression during his life. In reality, Apothecary 87 might not have even existed should Sam not have decided to grow a beard 5 years ago. The first beard oil he created was actually made for personal use to help stop the itching his new found facial hair caused.

Until the point of the shave, Sam’s beard had become synonymous with Apothecary 87 and the mens grooming industry. He was also personally worried about what he might discover underneath the beard after not seeing all of his face for so long.

Sam commented: “No-one in the industry has ever seen me without a beard, and more to the point, I hadn’t seen the bottom half of my face for a very long time. I was honestly very nervous about the face it would reveal. I may have put on a little ‘holiday weight’ over the last few years and wondered what my face would look like without a beard.

“It’s true that Apothecary 87 may have not even existed if I had not grown my beard all those years ago, so again it was going to be strange to see how people would react to me getting rid of it. All that being said, it was all done to help raise awareness for both mental health issues and prostate cancer.

“I have no problem in saying that throughout my 20’s I have suffered from depression on different occasions and it is so important that we break through the stigma surrounding this issue. It is also well documented that the 87 in Apothecary 87 is to pay homage to my grandad who sadly lost his life to prostate cancer back in 2013.

“Although the finishing look was quite the shock for me, my staff, and the Apothecary 87 followers, it was well worth it to raise awareness for two causes which are close to my heart. We also had so many people tune into the live feed which was incredible and I am so humbled by the amazing comments of support I received.”

Should you wish to show your support, you can visit movember.uk.com