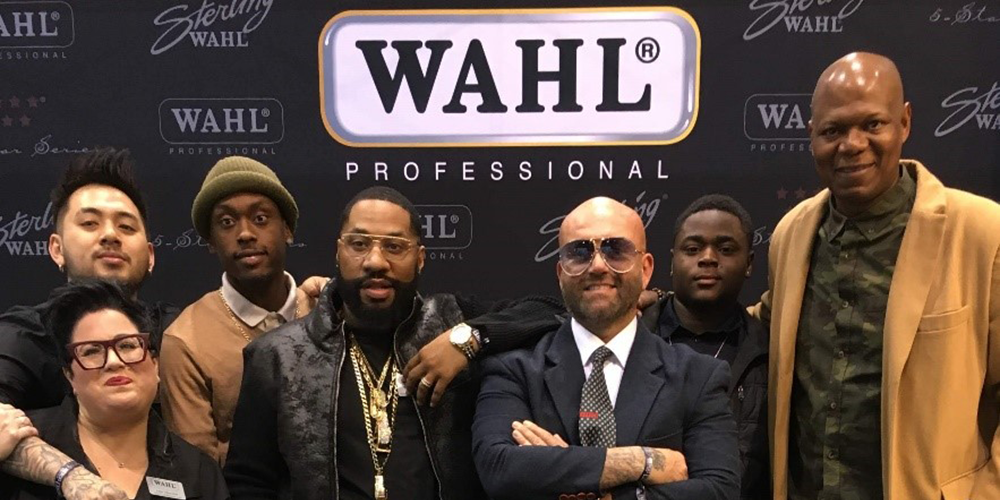 The three organizations joined forces last year to help at-risk West Side youth break the cycle of poverty. Those students, who were awarded full scholarships to attend classes toward becoming a professional barber, will now graduate after a challenging 13-month program that has prepared them for careers as barbers and future entrepreneurs.

As the world’s leading manufacturer of clippers for stylists and barbers, Sterling, IL-based Wahl Clipper Corporation was inspired to help area youth in part by celebrity barber and Joliet, IL native, Garland “G-Whiz” Fox. The company and Fox set out to create a grassroots program to aid youth in need and to celebrate the company’s 100-year anniversary this year.

“The Wahl Fade it Forward® program was created when I and a few other people began thinking about what we could do to give back to the community as a clipper company for all the years that we’ve been in business,” says Fox. “With me being a product of the community, we thought, why not go to the ‘hood’, where everything is happening, and find some at-risk youth that no one is willing to give a chance and just take them and give them an opportunity to do things that they never thought they could do.”

The students recently completed their training at His & Hers Barber School, 5355 West Madison in Chicago. They were awarded the scholarships after first successfully completing the four-week Wahl Fade It Forward® mentorship program with professional barbers in the community. This is the first class of Wahl Fade It Forward® graduates, but not the last. New scholarship recipients, who will also be at the graduation event, have recently begun their classes, and the company plans to expand the Wahl Fade It Forward® program in Chicago as well as bring it to St. Louis and Cleveland in 2020.

“My next step is to take my state boards and find a shop to work at where I can build my clientele and build my business,” says graduate Sebastian Moore. Moore has already begun working on a social media presence around his new profession and talking with potential employers. He’s confident he’ll pass his state board exam, too, thanks to the training he’s received. “Ms. Youngblood, one of my teachers, said we had to perform the practical test for her while at school. She made sure we can perform a real haircut to professional standards,” says Moore. “She’s really invested in us.”

The graduation event is a chance to see the students in action cutting hair. They will be giving a demonstration of their ability and techniques following the graduation ceremony.

Graduates and new students will be available to media to discuss why becoming a barber is a life-changing experience for them. The students, celebrity barber Garland ‘G-Whiz’ Fox, UCAN staff and Wahl Professional staff will be available for interviews. Fade It Forward® is a program of Wahl’s professional division (wahlpro.com.)