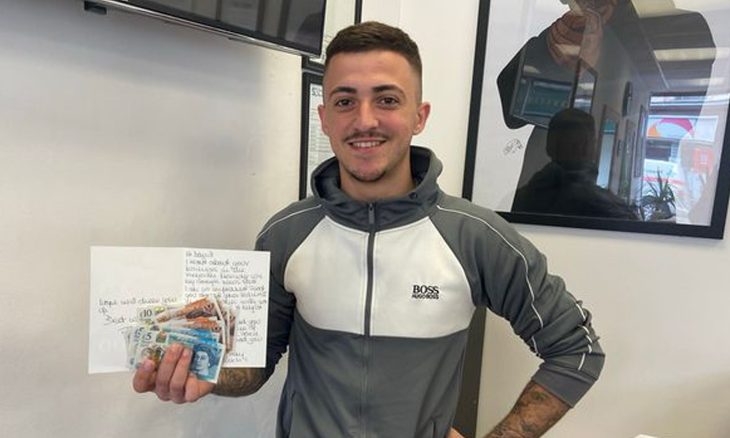 A barber who was given a generous tip by a mystery customer has asked for the anonymous do-gooder to reveal themselves so he can say a simple, ‘thank you’.

David Cardoso, owner of new barber’s shop, Billions, in Victoria arcade, re-opened his doors on Monday, April 12, ready to get “hands on” now that the restrictions were lifted.

Billions Barber Shop originally opened on July 4 last year, but – like other businesses – had been repeatedly closed due to lockdown.

After a haircut on their first day back open, Mr Cardoso was surprised to see an envelope on the floor.

Inside was a card wishing him the best of luck as well as £60 in cash.

The card read: “I am so impressed that you started your business during a pandemic.”

David Cardoso was “really touched” to receive such a gesture, and now hopes to say thank you to the anonymous donor.

Mr Cardoso said: “I thought this was very kind and it really did touch me.”