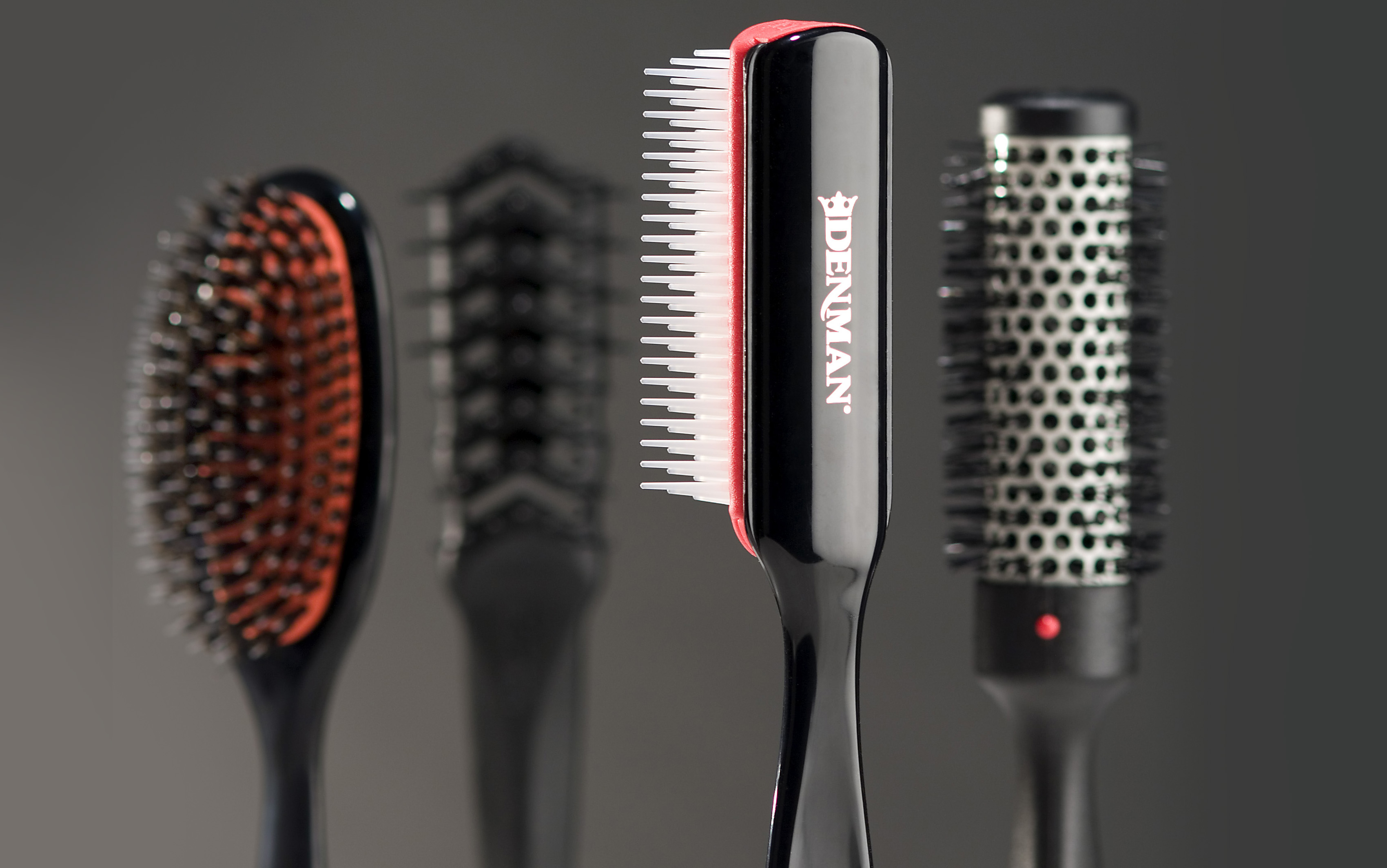 This year, Denman will mark its 80th anniversary. For 80 years, Denman and Denman tools have helped to make hair brilliant.

Denman help stylists, barbers and hairdressers to be brilliant. Denman help stylists, barbers and hairdressers to make their clients look and feel brilliant. Denman help people to create looks and styles to make them look and feel brilliant each and every day. From humble roots of a brother creating a brush to help his sister better style her hair to a brand sold in over 80 countries around the world. Denman are global day-makers. THE BIRTH OF THE BRAND

The Denman story starts with John Denman Dean, back in 1938.

While in New York, the young entrepreneur from Northern Ireland had been introduced to a revolutionary new material, nylon. He saw its potential for the bristles of his recently

patented rubber-cushioned hairbrush. Returning to the UK, with his cabin on the Queen Elizabeth full of nylon, his brush manufacturing plans were put on hold until after the war.

The business was established in 1946 and during the 1950s and 1960s the Denman brand became well known, adopted by hairdressers as the professional tool of the trade.

Vidal Sassoon famously used the Denman D3 Classic Styling Brush to create his iconic asymmetric bob for Mary Quant. The age of the superstar hairdresser had arrived, and with a superstar brush always at hand.

The brand built on its ties with professional stylists and embarked on a period of growth into overseas markets that continues today. Alongside the expansion in production, there was a renewed focus on innovation and the design of new brushes, as styles evolved and changed. In 1972 the business was acquired by the Rainey family, with design, engineering and manufacturing located in Bangor, Northern Ireland. Both Maxwell Rainey OBE and

Dr. John Rainey MBE have been recognised in the Queen’s Honours List for their outstanding contributions to Economic Development in Northern Ireland.

Today, the Denman brand is truly global. From its state-of-the-art design and manufacturing base in Northern Ireland, we colloborate with talented inventors, stylists, barbers, designers and engineers to develop products and introduce new techniques.

Denman is sold in over sixty countries worldwide.

The 80th anniversary is Denman’s opportunity to celebrate 80 years of brilliant hair and look forward to the next 80 years of styling. Denman is at the center of a creative industry that is fused with energy, passion that is ever changing. Denman are proud that they can help stylists and barbers to realize their creative vision and help their clients to realize their best selves.