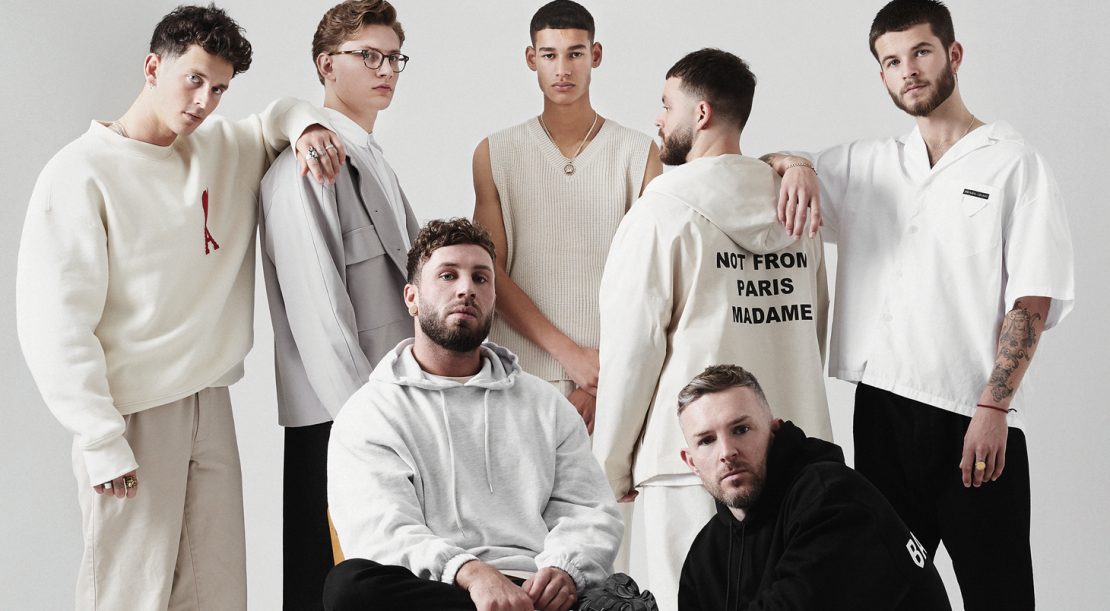 CO-FOUNDERS AND OWNERS OF ONE OF THE UK’S BEST BARBERSHOPS, RUGER BARBER, ALAN AND REECE BEAK HAVE MADE A NAME FOR THEMSELVES IN THE INDUSTRY AS AN INCREDIBLY SKILLED AND TALENTED DUO

Alan created Ruger Barber in 2015 with his brother Reece – the two of them boasting over 18 years combined experience in the hair industry. Despite only being open a few short years, their presence in the barbering world is undeniably one of the biggest in the UK. Now a Booksy ambassador, Alan is looking forward to a busy Festive period and making plans for the year ahead.

Alan was just eight years old when he first noticed his interest in barbering, intrigued and curious about the atmosphere and the environment of the barbershop. At just 12 years old, he bagged himself a job working in his local barbershop on the weekends, working there until he was 21.

“When I turned 21 I went headfirst into the industry, I gave it my everything,” says Alan. “I studied online, I studied old books, I raided the hairdressing department in the library, I did hairdressing courses, barbering courses, teaching courses, I became an assessor and a tutor in college… there was no stopping me!”

When he first started cutting hair, Alan was determined to become the best version of what he wanted to be that he never stopped. Constantly training himself and learning from others, Alan was incredibly focused, something he thinks he gets from his hard-working parents.

“I would never just settle, I would always have to make sure that I was the best I could be,” says Alan. “I worked hard for everything that I have now, but it has still gone further than I ever could have dreamed. I’ve met a lot of the goals I set for myself but the only problem with that is, I just keep setting myself new ones.”

Reece began his career at 16, working on ladies hair before transitioning to barbering at the age of 23 after some encouragement from his older brother. “We’ve always been really close, we’ve always had a similar vision and we knew we’d work well together,” says Reece.

When Alan and Reece first started Ruger Barbers, it was the beginning of an incredible journey. Since opening the first shop, the brothers have grown and developed the Ruger brand to be more than just a barbershop: “We didn’t want to be known just as the brothers who owned the barbershop, we wanted to do other things and there are other people involved, we all work for the brand, we all work under the Ruger name.”

“We wanted to create a family-led environment and we balance each other out so well we knew it would work,” adds Reece. “We’ve never been competitive with each other, it’s always been about supporting each other.”

Opening that first shop remains, for Alan, his biggest achievement to date, realising a dream he and his brother had chased for so long. Having to walk away from the barbers they had learned from to open their own shop was difficult, but Alan being the ambitious, focused person he is, he knew it was time. Alan still believes that everything that he has been able to do over the past few years, from travelling the world to gaining high-profile clients, all stems from and is because of that barbershop. One of the biggest challenges barbershops can face is managing busy periods. Summertime, back to school and Christmas are all notoriously busy for barbers, particularly for walk-in shops. At Ruger however, Alan and Reece use Booksy.

“Our appointments are always scheduled, so everything is organised – Booksy eliminates the Christmas rush,” says Alan. “Yes, we get more messages in December with people trying to get squeezed in, but now there is a waitlist on the Booksy app. We don’t need to use the ‘rush’ word in our shop anymore because Booksy schedules everything for us.”

The Booksy app also allows them to add bonuses, special offers and discounts and, more importantly, send out email blasts and reminders to clients. Like most appointment-based shops, Ruger suffers occasionally from no-shows and lateness, so to encourage clients to turn up on time, Alan can use Booksy to send emails or texts to remind clients to take extra time and care at Christmas.

Alan first became involved with Booksy after being introduced to them through Lee Resnick. At the time, Alan was working with Luke Dolan on an event called the UK Barber Lab at Luke’s shop in London. The event was non-profit, so when Booksy asked to come along, Alan said yes, choosing not to charge them to exhibit.

“Myself an Luke are advocates for the evolution of the industry and we work really hard trying to progress this industry, so bringing appointments to the UK, particularly to barbershops rather than just salons, was something we were very keen to be involved in,” says Alan.

“I’m a firm believer in trusting your intuition and I got such a strong feeling from the Booksy guys when I met them. I had that gut feeling that this was going to be a good thing and a benefit to the business, so I just went for it. The guys never acted like a sales team, they were never pushy, and when I saw how easy and user-friendly the app was, I just knew it would make life so much easier for us and our clients.”

Looking to the year ahead, Alan and Reece have a long list of plans in place for 2020, but their main focus is to keep on working hard and standing by their mission statement. It is something that Alan reads a lot and goes back to in order to keep him focused. That statement is to become a globally identifiable brand recognised for the positive growth and development of others.

“We want to create unity between cultures worldwide,” says Alan. “It’s something we are doing with our products, we’ve spent so much time working on them and we now have stockists all around the world. It’s something that we strongly believe in – we don’t get a huge monetary return from them but internally it just feels great to see our brand on a shelf in Tenerife, in Jakarta, in Sao Paolo… it makes us incredibly proud.”

It is through pride and ambition that Alan has become the man and the barber he is today, and with his brother beside him, we don’t doubt they will continue to stay at the forefront of this industry for what we expect will be many years to come.