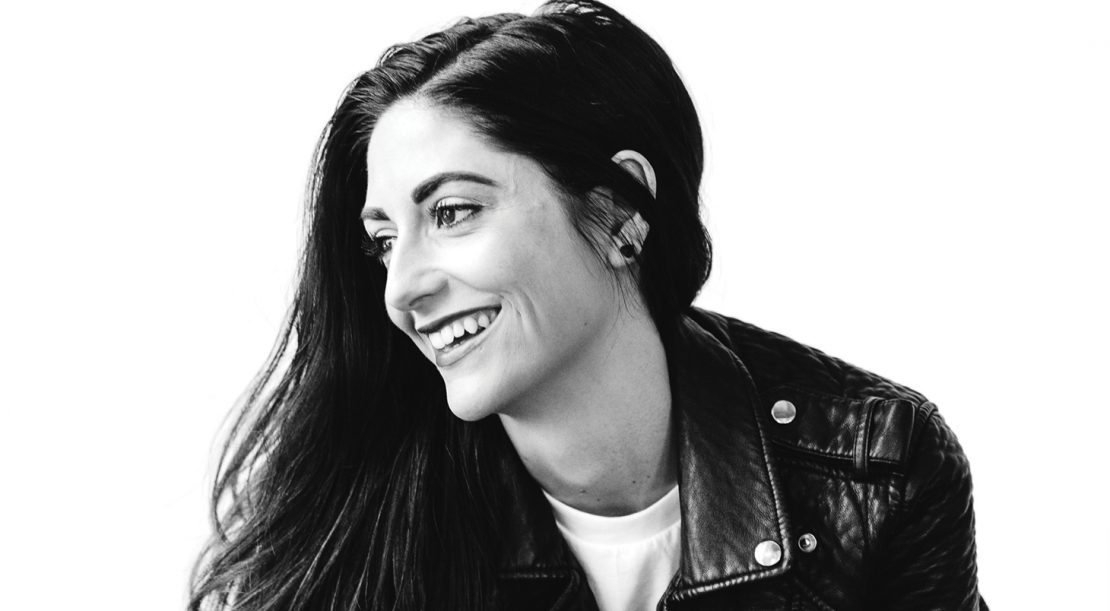 KNOWN FOR HER EDGY, EDITORIAL CREATIONS, WHITNEY VERMEER HAS BECOME A HIGHLY RECOGNISED BARBER, PHOTOGRAPHER AND ANDIS PLATFORM ARTIST. BARBEREVO TALKED TO WHITNEY RECENTLY TO FIND OUT WHERE IT ALL STARTED AND WHAT SHE HOPES TO ACHIEVE IN THE FUTURE

“I’ve been doing hair for 10 years now,” says Whitney, who started out in cosmetology, covering everything from hair coloring to spa services. After two years of cosmetology, Whitney made the move to Minneapolis and began working under a barber who trained her in traditional barber methods.

Despite never going to barber college, Whitney took an unique approach to her own education. “I didn’t get to finish my training, so what I started doing was taking pictures of my work and then critiquing it, training myself to get better at cutting,” she explains.

What started as a self-teaching method quickly developed into a passion, and photography is something that now plays a huge role in Whitney’s life. Known for her unique portfolio of photography, she says she would do a shoot a week if she could!

She certainly has her own style and anyone that follows her on Instagram or has seen her body of work, knows she loves to work in black and white. “I love those kinds of images. I’m always attracted to artwork in black and white too so it just felt right. When people want me to do a color shoot, I always think to myself ‘yeah that looks cool but it would look so much cooler in black and white’.”

At her studio in Minneapolis, Whitney splits her time between cutting clients and styling and shooting her editorial work. “My ultimate goal is to be focusing solely on visuals and spending less time behind the chair with clients,” says Whitney. For now, though, she still has a pretty long list of loyal clients. “I’ve been working with most of my clients for about three years now, but I only work behind the chair three days a week and I’ve gone down from around 300 clients to about 40-60.”

How then, did she go from a career in cosmetology to a client list of 300? “I guess what’s really funny is I still don’t really feel like a big success. I always put out what I want to put out when it comes to my work, I like to push boundaries. I always say my goal is not to be the best at something, it’s to change perceptions and that’s what’s most important to me.”

What certainly put Whitney on the map was her win at the North American Hairstyling Awards in 2017, where she was crowned Men’s Hairstylist of the Year. “Winning that award got me a lot of exposure, but I’m not going to enter that category again. My goal is to win Hairstylist of the year. Ideally, I’d like to try to win every category!”

Whitney specializes in cutting short hair, whether that’s on men, women or non-binary individuals. “When I first started cutting men’s hair, a lot of people asked me if I was just doing it because it was easy, but it’s not and I really wanted to show them that it was an artform. I feel a responsibility to help push the industry further that way.”

In her quest to push the industry into the spotlight, Whitney has involved herself more and more in education over the years, and last October she became a platform artist for leading clipper brand, Andis.

“I’ve always only used Andis, it’s always been my go-to. I am longtime lover of their products and when I started meeting people from the company, I saw how passionate they were about family and I just fell in love with the brand.”

“I’ve been using them ever since I got out of cosmetology school. My favorite one is the Super ZR, but anything from their cordless range really. When I first started cutting with cordless, it changed the way that I cut hair because I just wasn’t restricted anymore.”

As well as her role as a Platform Artist, her proficiency in styling and shooting editorial has opened up even more opportunities with the clipper brand, creating editorial work for both herself and Andis. “It’s more or less coming up with unique haircuts using the Andis range, while also creating some more dynamic shots of the products themselves,” explains Whitney.

The project will allow her to organize shoots with other artists, as well as putting together two photo- and video-based shoots a year for Andis, creating the concept and assigning different roles to other members of the Andis team. “It’s really awesome, I’m so excited about it!”

It’s safe to say Whitney likes herself busy, as on top of her editorial and educational work with Andis and her 40+ client list, she is currently developing her own product line, from hair care to even clothing and lifestyle, giving part of any proceeds to a yet to be decided anti-bullying foundation.

Outside of her professional goals, Whitney is also really passionate about supporting women in the barbering industry. “One of the things I’m really passionate about is taking gender away from everything, it’s not a men’s haircut, it’s a short haircut. I’m working on some new initiatives with Andis to support women in barbering culture and I’m really excited about that.”