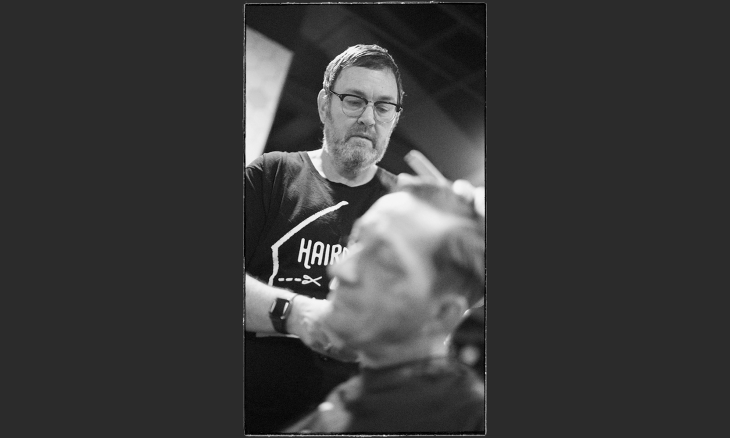 Stewart Roberts founder of Haircuts4Homeless is appointed a Member of the Order of the British Empire in the Queen’s New Year Honours List 2022.

Back in November 2014, Stewart was volunteering for the Salvation Army and decided to bring his scissors along. Afterwards, he posted some photos on Facebook and received an overwhelming response. Just like that, Haircuts4Homeless was born.

Haircuts4Homeless, is a charity where skilled hairdressers give their time to provide haircuts for homeless people in the UK.

Today, Haircuts4Homeless is a registered charity with 67 projects across theUK & Ireland with 600 volunteer hairdressers and has given over 40,000 haircuts.

“Whatever the causes of an individual’s homelessness, the consequences can be brutal. Homelessness damages people’s capability: they lose skills; they can’t think think about employment while worrying about housing; their health becomes impaired due to being homeless. It knocks their resilience, self-esteem and self-confidence.”

“There is something very personal about cutting someone’s hair that can be both enjoyable and therapeutic which is something that many homeless people rarely get. Homeless people have many challenges to face, one of them often being low self-esteem. A haircut can have a great effect on someone, giving them a real boost. It’s often way down on a homeless person’s priorities so this service which for most is a luxury proves to be very popular.” Stewart Roberts, founder.

One of people’s basic rights is for them to feel good about themselves and this service can give that to people. It may be “just a haircut”, but it’s the kindness shown that makes a homeless person know that people really care.

“It was such an honour to receive this MBE and a real highlight after two challenging years. I have been working with the homeless for over seven years and no one really knows how much it completes me.

“Having battled with addiction for many years it has given me an empathy and understanding that enables me to make a connection with our guests and quickly form a trust that is essential in what we do.

“It has not been an easy road with covid and challenges to secure funding; however, this award is in recognition of our army of volunteers and guests,” said Stewart Roberts MBE.