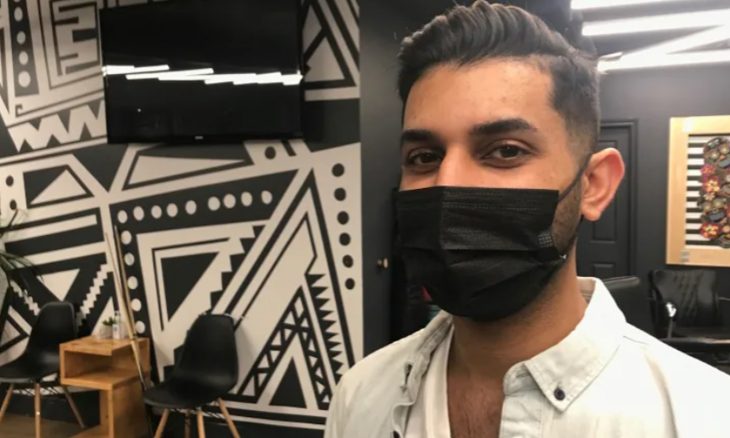 Mandip Garcha is finally having his dream come true of becoming a full-time barber, a dream of which was convinced when Mandip arrived in the province of Newfoundland and Labrador, Canada seven years ago.

1949 Barber Shop, which opened its first location in St. John’s in 2018, gave Mandip the opportunity in May. The business has dubbed itself the “UN of barbershops” as most of its clients are from an array of ethnicities.

From an Indian background, Mandip told reporters of CBC.com that his parents had dreams of him one day becoming an electrician – however, also being a musician, he knew his career and talents lay somewhere more creative.

“My fiance, she knew how much I wanted to do this. And so she pushed me to go for it and maybe go ask my own barber (of the 1949 Barbershop) if they can teach me” Mandip told CBC.com.

They agreed and took Mandip under their wing for two days a week while he worked full-time at a restaurant, as well as a diary farmer with his father for years.

His hard work did in-fact all pay off, as he got made a full-time member of the 1949 Barber Shop’s second location in May of this year.

Mandip finishes “I hope I can continue doing this. And I don’t know if one day I will have my own shop”