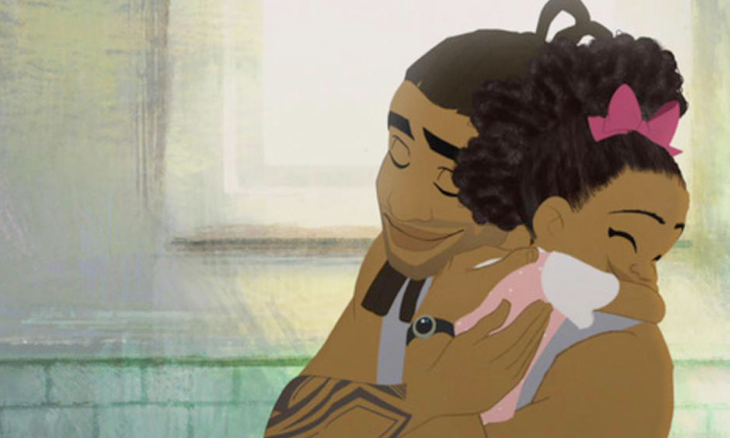 Hair Love took home an Oscar on Sunday night for best animated short. The heartwarming film tells the story of an African American father who learns to do his daughter’s hair for the first time.

Former NFL player Matthew A. Cherry, who is behind the short film, said it was created because “we wanted to see more representation in animation, we wanted to normalise black hair. There is a very important issue that’s out there – it’s the CROWN act. And if we can help to get this passed in all 50 states it will help stories like DeAndre Arnolds.”

The CROWN act is a law that bans discrimination based on hairstyles associated with race and so far, only New York, New Jersey and California have signed it into law.

Arnold was a senior at a Texas high school when he was suspended and told he could not walk at his graduation unless he cut his dreadlocks. His case gained widespread attention, with the Hair Love team inviting Arnold to the Oscars as their special guest.

The film’s producer, Karen Rupert Toliver, said as she accepted the award: “We have a firm belief that representation matters deeply. Especially in cartoons. In cartoons that’s when we first see our movies, that’s how we shape out lives and how we see ourselves.”

Matthew Cherry is the second professional athlete to win an Oscar, after Kobe Bryant won the same award two years ago for Dear Basketball.