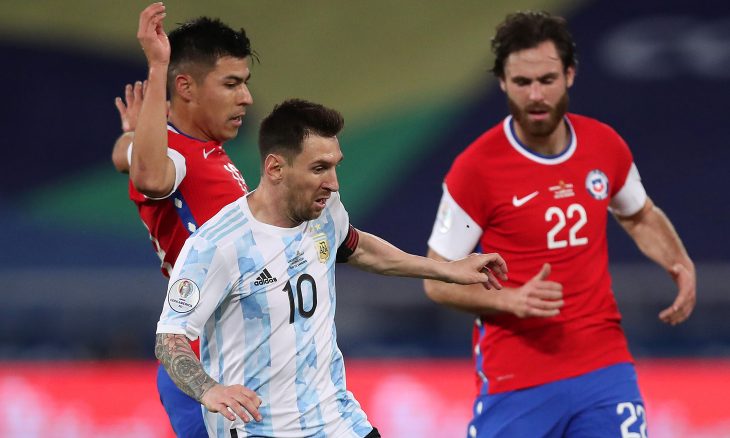 Members of the Chile football club have been fined after inviting a barber into their Copa America bubble. This bubble design is to reduce the spread of Coronavirus, and by inviting said barber in they have broken the terms of the bubble – the members have been fined by the Chilean Football Federation (FFC) on Sunday 4th of July.

It has been reported by the FFC that none of the members of the team have tested positive for COVID-19 after the incident, however they acknowledged the error in their judgement in a small statement.

The statement released by the FFC said the following: “recognizes the violation of the health bubble of the squad participating at Copa America, with the unauthorized entry of a barber who, despite his negative PCR test, should not have made contact with the players.”

The statement then concluded “We regret what brought us to this situation and we inform that all members of the squad tested negative for the virus on Saturday”, they did not name any of the Chile team members involved but they did specify that all parties have been fined.

Chile coach Martin Lasarte said that “It was an error, a temerity, but that is over now,” and continued with that the members of his team that done this made “a serious mistake.”

Chile is one of four teams that has had to isolate due to COVID outbreaks, the other three being Bolivia, Colombia, and Venezuela. It has also been reported that one of Peru’s Fitness Coaches has tested positive for the virus.