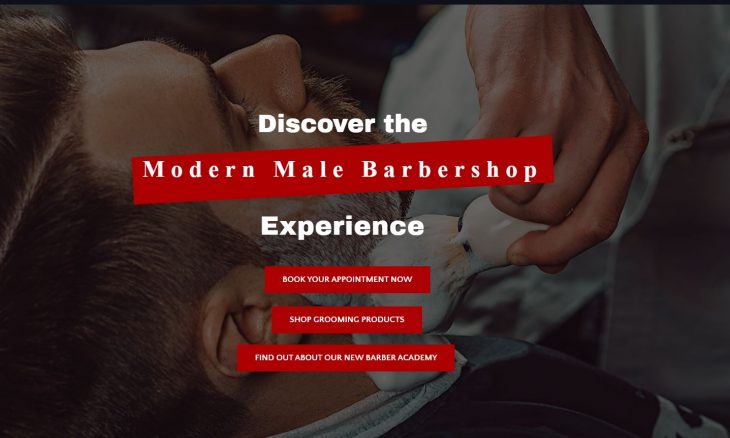 Nick Prosseda’s Modern Male Barbershop is hosting “Grow-A-Pair” Cut-a-Thon on Sunday, September 12th, with 100% of proceeds from the events to be donated to Abington-Jefferson Health.

Nick Prosseda, the visionary behind seven Modern Male Barbershops throughout Montgomery County, including Modern Male Barber Academy — a barber training facility which opened in 2019 at 209 W. Main Street in Lansdale — will be hosting his annual “Grow-A-Pair” Cut-a-Thon event on Sunday, September 12th to help raise money for Abington-Jefferson Health while also raising awareness for prostate cancer.

The fundraiser, an annual awareness campaign and fundraising initiative under the Modern Male Barbershop brand since 2011, will take place on September 12th from 10 a.m. to 6 p.m. at the Lansdale location. Since its inception, Prosseda has raised nearly $50,000, including $10,000 last year during the pandemic, which he said was “pretty amazing, to say the least”.

“We’re already on pace to raise $30,000 this year,” said Prosseda. “The reason this fundraiser exists is to pay it forward to those in need. If it wasn’t for my father or grandfather passing from cancer, I would have been supporting another charity. You cannot take wealth without giving it back.”

The annual campaign is organized to not only raise money but also to help men receive prostate cancer screening and treatment. Prosseda lost his father to cancer at the age of 10 when his dad was 39. Now the exact same age as when his father passed, Prosseda is making sure that others can avoid what he went through. “My dad passed away because he was too proud to get checked out and schedule routine checkups. I know that I’m doing the right thing by helping others understand the value of cancer screening and regular examinations.”

The event will feature discounted haircuts for donations, as well as donated food, drinks, and live entertainment. Donations are welcome at the event, as well as until the end of September, all of which will be directed to Abington-Jefferson Health. Prosseda is also hoping to attract 100 barbershops to participate in the fundraiser in 2022, but in the meantime, he is very excited for the new businesses who have decided to join in the Grow-A-Pair event this September, including J’s Barbershop at 3723 Old Capitol Trail in Wilmington, Delaware.

“J’s is now doing their first cut-a-thon, and we are very excited about that,” said Prosseda. “Justin, the owner, has reached out to other shops in his hometown and they are collecting donations at their registers as well. As more people become aware and educated, more and more people will be able to schedule routine checkups and hopefully avoid serious health issues.”

Learn more about Nick Prosseda and his brand by visiting http://modernmalebarbershop.com.