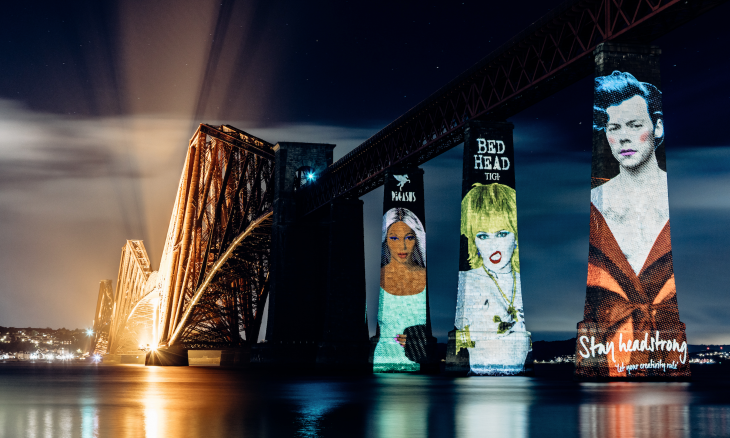 Original rebel hair brand, Bed Head, has launched ‘Stay Headstrong’, a campaign celebrating fearless self-expression and encouraging experimentation. The ‘Stay Headstrong’ campaign is a response to new research that shows that one in five (19%) Brits admit they’ve been told they’re not good enough, with one third (30%) being made to feel inadequate at some point in their lives with regards to how they look. Of those surveyed, more than half (60%) rely on their hair to give them confidence, with two fifths (40%) claiming their hair-do is the most important part of their appearance.  As part of Bed Head’s campaign, the brand has launched ‘Chats from the Chair’, a web content series on its native platform, that features interviews from headstrong queer Grime artist FFSYTHO, cutthroat comedian Lily Phillips, and trans pride activist and creator Lucia Blayke. The interviews shed light on why the ‘stay headstrong’ attitude is so important to each of the stars and illustrates the integral role products play as tools for self-expression, enabling people to be true unapologetic versions of themselves. When it comes to role models, the consumer research revealed people admire creative challengers Miley Cyrus,Harry Styles and Vivienne Westwood for their bold fearless nature (42%), integrity (47%) and courage to stand up for what they believe in (44%). The results also showed that half (51%) of Brits think their hair is an extension of their personality, changing their style on average every two or three years (32%). Of those surveyed, adopting a headstrong attitude has helped people with:

Katie Westerby, Senior Marketing Manager at Bed Head, said: “At Bed Head, our purpose has always been to champion creativity by equipping artists with elevated professional hair care products and encouraging all consumers to push the boundaries of what they can do. Being headstrong is not only something we embody as a brand, but a belief we want to instil in everyone who buys our products. We hope that this campaign will spark conversation and motivate new and existing Bed Head devotees, and we can’t wait to see it.”  This year, Bed Head is supporting and donating to STONEWALL a charity that stands for lesbian, gay, bi, trans, queer, questioning and ace (LGBTQ+) people everywhere. In the UK, more than a third of employees don’t believe it’s appropriate for their LGBTQ+ colleagues to be out in the workplace. In response to this, Bed Head and STONEWALL want to help create more equal opportunities in society so LGBTQ+ people feel safer in our modern society.  For more information about Bed Head’s ‘Stay Headstrong’ campaign, please visit bedhead.com