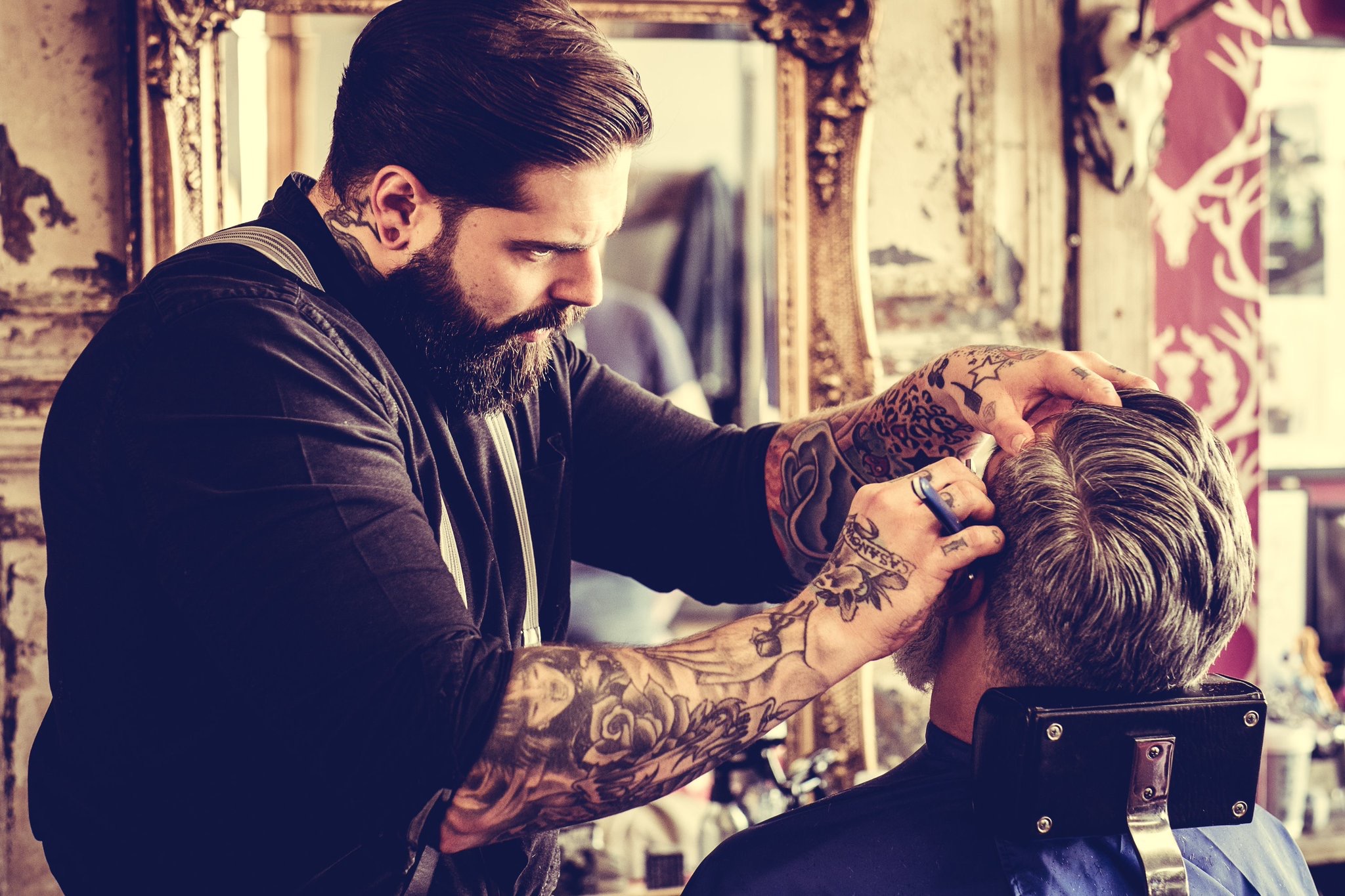 Just when you thought you had to turn up at college every day to learn how to be a supercool hipster barber, the BarberPortal arrives. A brand new and ground breaking ‘in the room” fully immersive and interactive education program where virtual reality expertise will make you feel like you are in class. All for as little as 99p!

Tom Chapman, owner of Tom Chapman Hair Design has teamed up with Nick Peres a Virtual Reality (VR) wizard who develops training courses for the NHS.

They met whilst Tom was doing an interview for HiblioTV about The Lions Barber Collective, an international collection of top barbers which have come together to help raise awareness for the prevention of suicide. They got chatting and he told Tom that he filmed in VR.

VR was something Tom had thought about doing for a while and figured they could do some kind of virtual reality barber training program. Then the idea has grown and BOOM they are just about to launch the first phase of the BarberPortal.

They will be using the latest filming techniques to capture both 180 and 360 3D virtual reality footage of Interviews with industry greats like British Master Barbers, Kieron the Barber, Conor Taafe and Baldy. There will also be education, events, set by steps, tools and products, photoshoots, behind the scenes, travel etc.

They will be using drones to shoot location footage and all for free. By the end of the year they will have a ground breaking “in the room” fully immersive and interactive education program where you will be able to switch from point of view to being in the room looking over the barbers shoulder. All you need to watch in VR is a VR cardboard viewer which you can pick up online for as little as 99p and a smart phone.

Tom told us “I am hugely involved in education and training, I have my own classes as well as being an ambassador for Exeter College hair department and sitting on the industry board for city and guilds.

“BarberPortal will be a way to bring education to people in a more interactive and immersive way than ever before. There are a lot of training videos out there, some of which I have done myself, however, I wanted to take things to the next level and VR is definitely the future of education”

“BarberPortal isn’t just about education though, since the initial idea it has developed into a complete portal into the barbering world. I receive emails and messages all the time from people asking about barbering, how they can become a barber and what’s it like to be a barber and BarberPortal will give people an idea.

For all the subscribers to our BarberPortal YouTube we have and will continue to feature education, products, interviews, events, barbershops, point of view, drone work and plenty more!”

Although Tom and Nick have just started their journey but they have already been to Canada, to Mark Peyton’s Sailor Bups Barbershop and the Great British Barber Bash event in London just to mention a couple. Personally Tom would love to get a 360 tour of the Schorem Barbershop in Rotterdam and interview some of the guys there. They also aim to get to most of the big events like Barber Connect and Barber UK this year so they can give you an immersive view from the stage and interview some of the best in the business!”

They don’t have any sponsors or partners as yet (if you are offering) but they have had some exciting conversations going on with industry media partners and brand leaders. Get in touch and get involved by contacting BarberPortal on thebarberportal@gmail.com