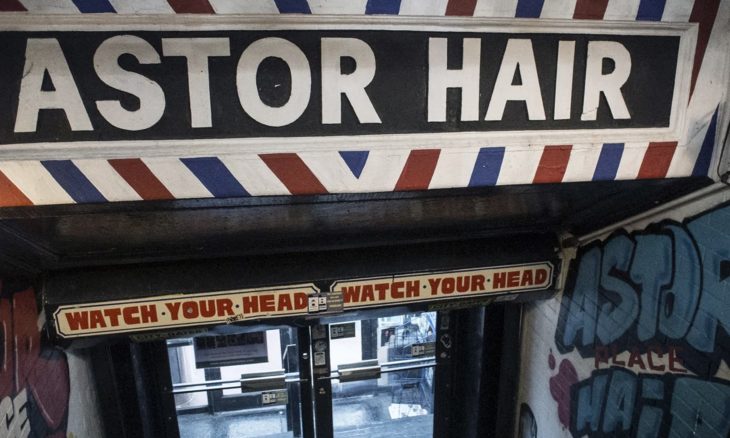 For more than 75 years, the budget-priced barbershop Astor Hair, in the cellar of 2 Astor Place, has been a New York icon. The legendary shop has seen thousands of clients from old and young, from students to stockbrokers.

Unfortunately even icons such as Astor Hair are not immune to the effects of the pandemic. Due to restrictions, for much of the last year, Astor Hair was forced to close. When the end seemed near for Astor, a group of private investors led by Jonathan Trichter, stepped in to keep the place from closing.

Recently, the men’s grooming brand Harry’s has also stepped in to help keep the legend alive. Harry’s has stocked the place with thousands of its Truman Razors, one free to each of the first thousand people to walk in the shop. Harry’s has also recruited filmmaker and Instagram fave Nicolas “Nico” Heller to shoot a series of short videos about Astor Hair and its merry band of barbers, which will air on IGTV through the middle of April.

Harry’s general manager Jaime Crespo said, “We all thought it was a really important cause, but knew we wanted to do more than just donate product.” After all, free razors do little good when you have no customers.

Trichter was an unlikely savior for an independent hair salon. He’s managed digital startups, worked on large corporate restructurings including Hostess and, in 2018, he ran for state comptroller. But while Trichter’s most comfortable with a Wall Street close crop, he never lost his fondness for Astor Hair where he got his first “grown-up haircut” in 1985.

When he heard that Astor was having a close shave with bankruptcy, Trichter assembled a group of investors to take it over. According to Trichter’s LinkedIn page, Astor Hair—which kept all of its barbers on the payroll—returned to profitability in January of this year. Trichter considers the place to be “the most iconic barber shop in America.”

The last time Astor Hair came close to shutting its doors was during the 1970s, when New York City staggered through a financial crisis and a crime wave as many longtime residents fled for the suburbs. It saved itself by offering mohawks, fades and other cuts that won it a punk clientele. More recently, Astor Hair’s customers have included New York Mayor Bill de Blasio, who settled for a little off the top.