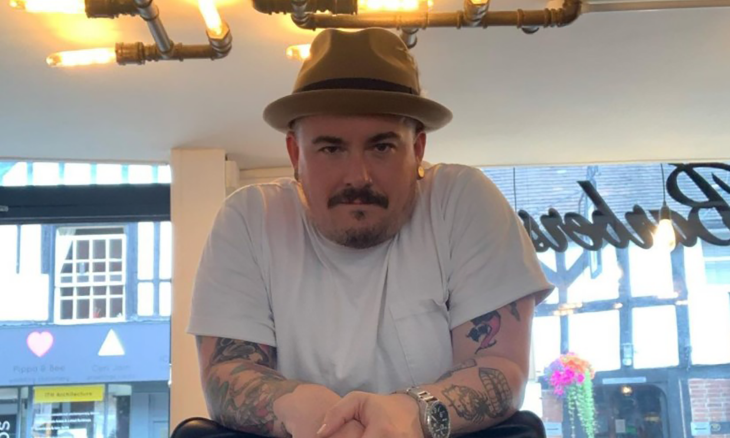 Paul Lofthouse will be celebrating this festive season, having just been named as the winner of the Sam Wall Unsung Hero Award at the brand-new Collective Pride Awards, sponsored by Professional Beauty.

Launched by mental wellbeing and suicide prevention charity The Lions Barber Collective, the Collective Pride Awards recognise the hard work of unsung hair and beauty heroes across the UK, in eight categories – those who not only deliver exceptional services day in, day out, but go the extra mile to help others in a time of need, genuinely making a difference to someone’s life.

“After losing award-winning barber, LBC Ambassador and friend Sam Wall to suicide last year, I wanted to do something to keep his name alive – celebrating those who really look after their clients and the communities they sit within, as well as those who go above and beyond to make a difference to the industry. I am so proud that Paul Lofthouse has been awarded the Sam Wall Unsung Hero Award for the phenomenal work he has been doing within the industry, and work like his is the reason the Collective Pride Awards were born.”

Paul Lofthouse won the Sam Wall Unsung Hero Award for work he has done in mental health diagnosis and treatment, suicide prevention and suicide bereavement services. Paul lost his father to suicide in April 2020, and has dedicated a large amount of his time to working with Hospitals and looking services in Hertfordshire & Essex to ensure mental heal this treated as seriously as physical health and that support is available for those who need it.

“It is a huge honour to win this award and I dedicate it to my Father, who we lost to suicide and my Mother who we lost to Covid-19, both in April 2020. I look forward to collecting my award in January.”

Tickets to the Awards Ceremony, which is taking place on Monday 17 January at the Barber Surgeon’s Hall in London. Tickets are now available to purchase via Eventbrite.