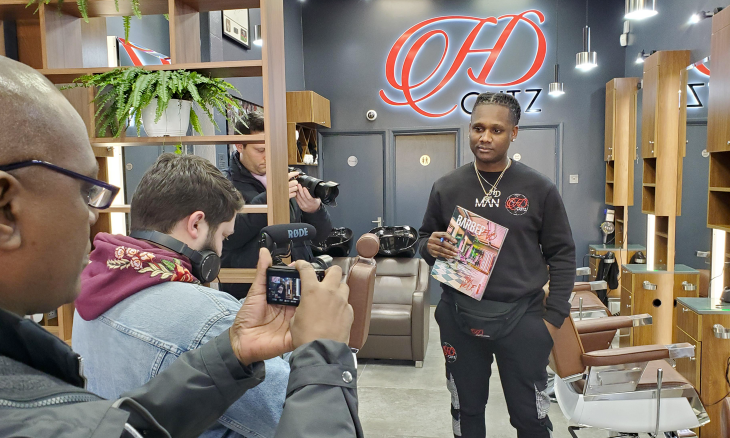 Luster’s SCurl announced in late February that Sheldon Edwards of HD Cuts London has officially joined the team as their latest Global Ambassador.

Sheldon joins the likes of Kenny Duncan, Sipp the Surgeon and Dave Diggs, who represent the SCurl brand.

Reginald Maynor, Director of International Business at Luster Products, was there to present Sheldon with his certificate, while Sheldon was on hand to sign copies of BarberEVO UK & Ireland Issue 19, where he was featured talking about the latest barber trends.

Reginald said: “This is a fantastic union with Luster SCurl – watch this space and follow this man because he wants to inspire and empower and he cares – he is leading by example.”