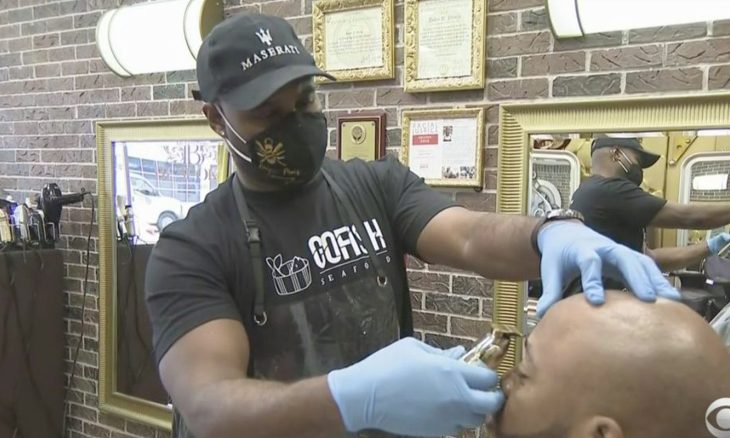 Dre Perrin, the owner of Bespoke Men’s Spa in Teaneck, New Jersey, has been honored for his work in weaving together his diverse community.

Dre has had a street corner renamed after him, it is now called Bespoke / Dre Perrin Way on the corner of Queen Anne Road. Dre’s shop is the oldest black-owned business in Teaneck.

One of his regular clients describes Dre as being like the mayor of Teaneck. Dre says: “When you walk through the door we don’t talk about politics, religion, sexuality, or race, everyone here is equal, that’s why its so peaceful in here.

“When I first started around here there was a black barbershop, a white shop and a Jewish shop, but I wanted to create diversity so I do everyone’s hair. There’s no hair type I haven’t cut, curly, kinky, or straight. I hired a diverse range of barbers too. I have Latino, White, Dominican, and Jewish barbers here.

Dre is the first African American man to have a street named after him in Teaneck and does all he can to help the community including sponsoring a Jewish hockey team, (they won the championship this year, that made him happy!) he’s always cheering on others and that’s one of the reasons he has been honored in this way.