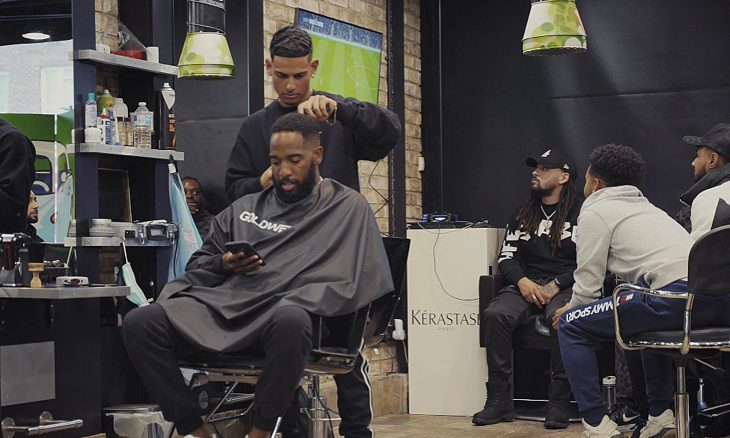 Reece (aka @blufadez) started his career in barbering five years ago now and is determined to further his career by moving on to bigger things in the United States.

Reece grew up in the salon environment and wasn’t sure if it was the career for him, at first: “I had been in the salon my whole life! So, I went to college to study media, but in the end, I knew that barbering was my true calling, as it naturally suited me in every way.”

But ever since Reece started in the industry, he says it has been like an addiction: “It’s never felt like work to me because I’m so dedicated to becoming the best that I can, and that’s never ending. Even times when it’s been a little hard, I still enjoy it, if anything I enjoy it more. I’ve grown my client base quite large in a short space of time and I’ve only just started!”

For Reece, the best part of barbering is the feeling it gives you, and the importance behind every cut: “Giving somebody a good cut can be life changing for them, and there’s no better feeling than a client genuinely liking their cut and telling you it’s the best cut they’ve ever had! A barber can be very important in a person’s life, and it’s nice to know people are choosing you to cut their hair. I think that’s a part of the reason improving your cuts is so addictive, you almost feel like you owe it to your clients. It’s such a skilful art, with a lot of variants, so we need to make sure we’re always on our best game. Being consistently able to give perfect haircuts is what we all aim for, and that’s the best part about it. We’re a big part of communities, we’re barbers, therapists, style coaches, advisers and friends all in one.”

But now, Reece feels the need to grow beyond his home boundaries and is determined that the next step in his journey will be America.

“I’ve always wanted to live there,” he said. “But I kind of gave up after becoming a barber as I thought it wasn’t possible. But within six years, I’ve been offered a job in Houston, Texas, by someone who is one of my heroes, and who I personally think is the best barber in the industry (@smashthalegend). The reason why I want to be in America is because of my dedication to progressing, and I just want to be on the front line of my trade.”

For Reece, although he sees the barbering culture in England as progressive and influential, it still hasn’t quite caught up to where it is at in the USA: “Everything starts there, and I just feel like they take it more serious out there and I know that’s where I need to be. I hope to be in an environment where I can work to my full potential and more.”

We asked Reece if he had any long-term goals for once he reached America. But for Reece, it’s about focusing on one goal at a time: “I never look too far ahead I always just go with what I think is the next step for me. If it’s coming back to the UK or staying out in America and continuing my career there, I don’t mind. I just know want to become among the best in the industry. As long as I’m at the best place to progress and achieve.”