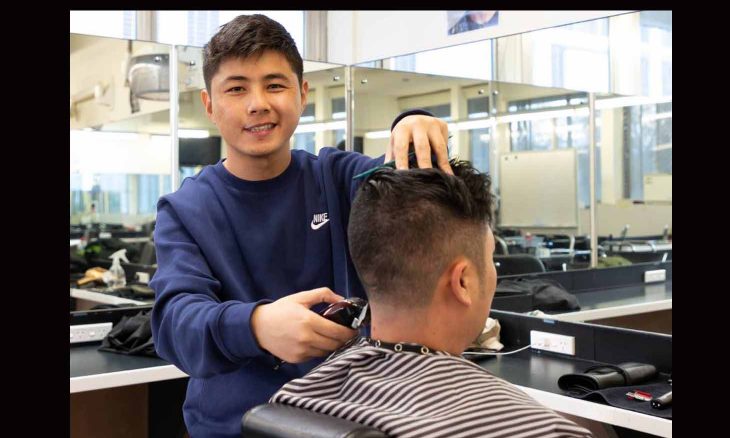 Tenzin Khenrab has been awarded a scholarship of $1,000 to help him finish his course in barbering and be one step closer to achieving his dreams.

This award was given for UN World Refugee Week and will help Khenrab the opportunity to complete his course in barbering at the Canberra Institute of Technology.

He and his family fled Tibet and settled in India, where he was born and worked as a barber without the qualifications. He is now well on his way to rectifying that, being one of 49 refugees and asylum seekers in Canberra to receive this grant to help cover the cost of tuition.

Khenrab was one of 6 students that Canberra Institute of Technology awarded this grant to, students who showed a commitment and excellence to the education. His Teacher, Tegan Riley, even went on to say “Tenzin goes out of his way to help other students and it’s a pleasure to have him in the classroom“.

He works as a barber part-time currently to help him pay for his education but he said “I hope to complete my course within a year and eventually run my own salon”.