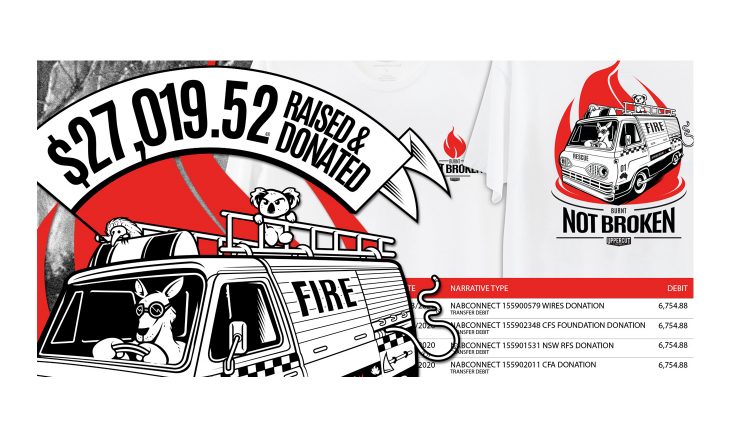 Uppercut Deluxe has announced that it has raised an incredible $27,019.52 AUD for the Australian Bushfire Appeal, thanking its supporters for buying the special shirts to raise funds for the cause.

In total, 805 shirts were purposed and are now making their way all across the world, from Singapore and Japan to Italy and Sweden. The money raised has been split evenly between CFA, NSW RFS, CFS AND WIRES, with each organisation receiving $6,754.88.

A representative for Uppercut Deluxe said: “The support the global community has offered to Australia in the wake of the fires has been nothing short of amazing. We’re very humbled to see the support and generosity offered by the Uppercut network and it was a truly great moment to hand over the money to these deserving organisations.