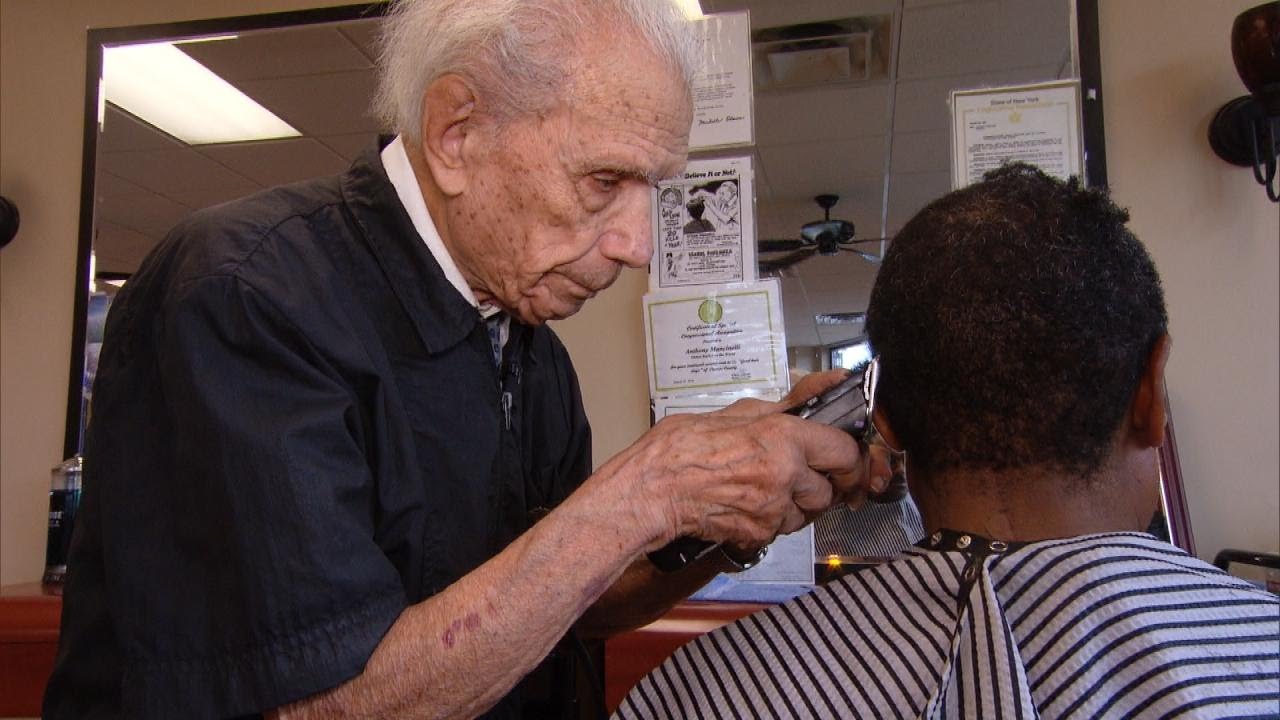 The oldest barber in the world, Anthony Mancinelli of New York, died on September 19 at 108 years old from jaw cancer complications, after 96 years of cutting hair. The upstate resident never retired, and found passion in his work.

Mancinelli, who made it into the Guinness Book of World Records in 2018 for being the oldest practicing barber, immigrated to the United States at 8 years old. He soon began sweeping floors at a barber shop, then cutting hair at 12 to help support his family. He attended grade school in Newburgh, but never graduated.

There was no one part of cutting hair he’d call his favorite, his son said, but he “just loved his job. Everybody loved him. He’s known worldwide.”

When Mancinelli began cutting hair in 1923, he charged 25 cents for his services. Leading up to his death, he worked at Fantastic Cuts in New Windsor, where he charged $19 for a haircut.

Aside from his Guinness World record, Mancinelli was inducted into the Barber Museum Hall of Fame in Ohio one week before his death.